In 1972 my grandfather purchased Cramers Bakery from the original owners. Cramers Bakery was once one of Sacramento cities most popular bakeries. The bakery was such a success that growing up I missed my father presence at home.

Cramers Bakery was open Mondays through Saturdays from 6 a.m. to 6 p.m. My father worked six to seven days a week and 12 to 14 hours a day. During the daytime hours us kids had to be super quiet so he could get some sleep.

A two week vacation meant closing down the bakery operation in its entirety for everyone to have time away. Considering the many hours everyone dedicated to Cramers Bakery the two weeks away is important.

My grandfather told his sons over and over again and prior to his passing that no wives are allowed in the bakery business side of things!

Following my grandfathers death the bakery was left to my grandmother and two of the three sons.

My grandmother was the bookkeeper, she made the deposits at the bank each week. Other family members became involved; my aunt decorated wedding cakes and eventually that led to her operating the business more in depth. My mom and us girls came in on Sunday’s to do a deep cleaning of the store front. One of my cousins was trained by my grandfather, on how to master and take charge of the whip cream products in the refrigerated showcase. During this time my father brought me under his wing and started teaching me how to do his work. Breads, Danish, cookies and the famous beehive.

As for Cramers Bakery

Cramers history included some major events; robberies, hardships, injuries and a fire that took place in the business complex that caused the bakery to burn down along with other nearby businesses. The fire occurred in the late 1980s.

As for Cramers offerings; we made everything from scratch from a small item to a large item – cookies, cupcakes, scones, doughnuts, Danish, coffee cakes, pies, all kinds, breads, tea cakes, loaf cakes, cakes and wedding cakes.

One of the specialty items is what we called the fruit basket cake, the fruit basket cake layers were made using a butter sponge recipe. Two cake layers were each split into two additional layers then each layer of the cake was filled in with three different types of fruit upon completion the entire cake, was then covered and topped with freshly made whip cream and a maraschino cherry was placed on top.

Other speciality items included a not too sweet buttercream icing and a beehive split and stuffed full of custard.

Method: Place 1 pint of whole eggs and 1 pint of egg yolks and 1 pound 2 ounces of sugar in a small machine kettle, set these ingredients in a separate bowl of hot water and stir with a hand whip until the contents are at a warm temperature.

Next, place the kettle in the machine and whip until a firm sponge is achieved.

Have 8 ounces of melted butter at lukewarm temperature.

Sift 12 ounces of flour to add carefully to the sponge batter but only partly mix the two together.

Stir 1/2 ounce of vanilla into the melted butter and tehn add to the sponge mix and lift together quickly and carefully. This requires simply lifting clear together and on no account overwork this mix.

Pour this mixture into pans quickly with as little handling as possible.

The cake pans should be weighed for even bake times, there is nothing worse than trying to pull some cakes out of the oven sooner than the others.

Cramers had dedicated daily customers, even if it was for a cheap cup of coffee. During the holidays we had two sets of numbers ranging from one to 100 people. The customers would have to take a number, go shopping elsewhere and return to pick up their pre-orders because the lines where out the door for many last minute purchases. We had people traveling from San Francisco, Reno, etc. to purchase our baked goods. A lot of our customers were state workers that purchased baked goods for their office meetings and company events.

I couldn’t believe my eyes, as a fruit basket cake came to life. My grandfather trained up a man by the name of Mark to assemble this particular cake in record speed. Mark spun the cake turntable so fast and completed this cake in less than 5 minutes. Many times the cake was selling before completion. The 8″ inch cake sold for $18.75. Mark was the hardest and fastest worker when it came to assembling all the store front cakes.

Then, there was this precious lady by the name of Kim that would decorate cakes for all sorts of events from birthdays, graduations, anniversaries to weddings. She produced some amazing cakes.  I enjoyed watching her make roses and spraying the icing with various food coloring colors.

When it came to my cake decorating abilities at Rosemont Bakery I was not proud of my work. Cake decorating for me took time and patience. Needless to say this was my weakness. I often think about this as I live out my life daily.  Why am I unable to do things slow? Because I had to ask GOD to help me slow myself down.

Sharing Is Caring For Others 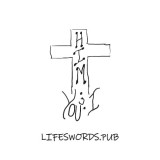 I'm a third generation baker who is seeking an abundant life in baking by using God's earthly ingredients.

I would love to hear your thoughts Cancel reply

This site uses Akismet to reduce spam. Learn how your comment data is processed.